Welcome to 411Overkill, Pop in here and introduce yourself
6 posts • Page 1 of 1

I'm completely new here and a friend of Gold Leader. I have been a PC enthusiast for as long as I can remember and have built some decent rigs. When Ryzen 4000 and Big Navi release, I am plan on going all out with my first fully custom loop system, upgrading what I already have. I was into mining for a while and built a small mining rig, but I have been out of that for quite a while now and am unlikely to go back.

Here is a fun picture of my current rig just after I built it. 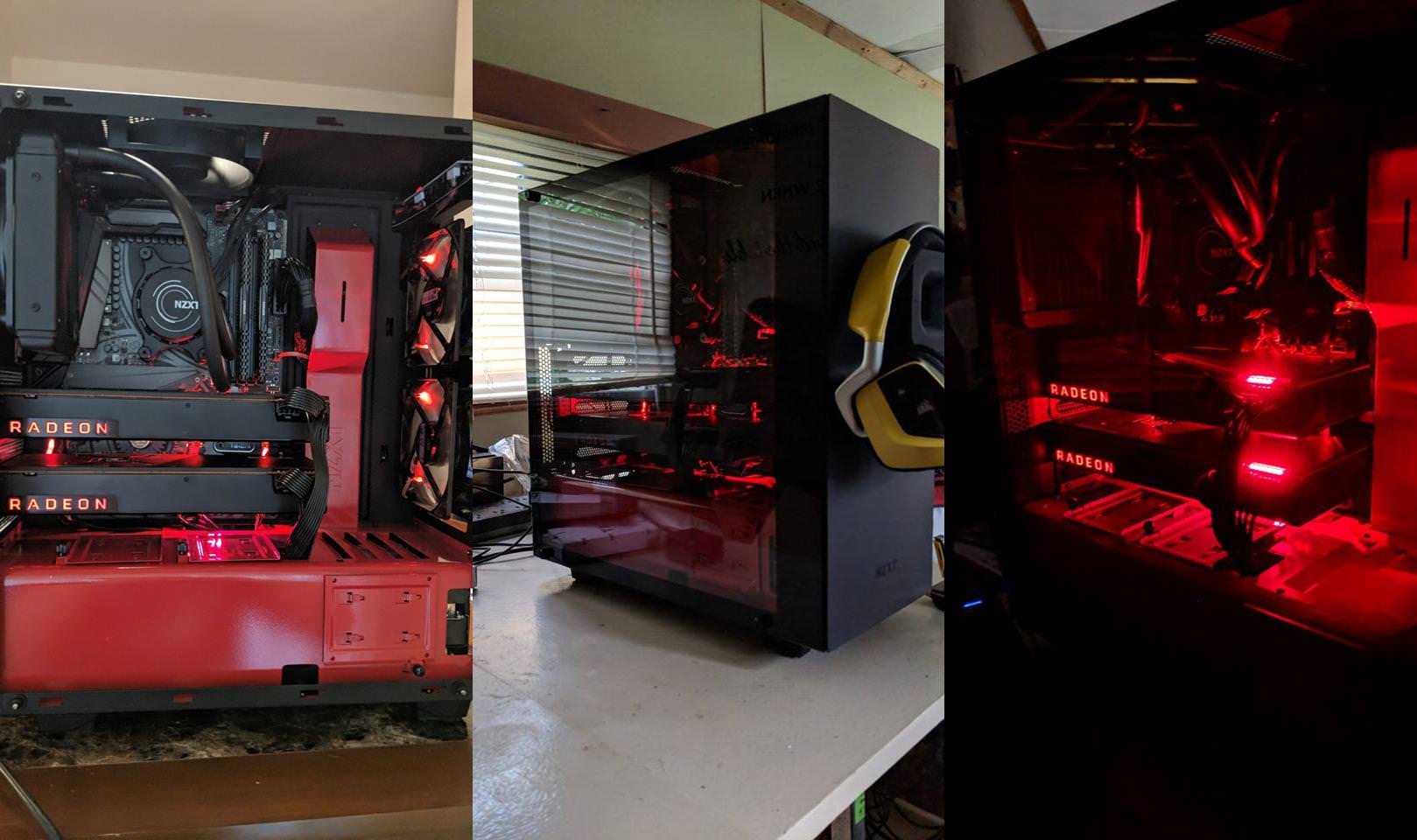 Planed upgrades include CPU to 4th gen Ryzen, a much better case, and an RDNA2 graphics card.

My Ryzen 7 2700 non-x CPU, frankly, is a turd for OC. The memory controller is TERRIBLE and I can not get any memory kit I have tried to clock above 3400 without a ton of DRAM voltage. I know the issue isn't the current RAM kit, as I sold another identical kit to a friend of mine (and the serial numbers were only a few off and I tested that kit in my system too) who just built a Ryzen 3700X system, and it runs fine at XMP 3600MT settings.

I am also a member of the AMD Vanguard program and beta test upcoming builds of AMD drivers. While I can not go into specifics about this program due to the NDA I agreed to when joining, if anyone has an issue with AMD GPU drivers and it is something I can reproduce or you have steps to reproduce it, I can submit it directly to AMD for review.

I am also an experienced phpBB 3 admin. If you guys need someones brains to pick for ideas on things related to phpBB 3 please feel free to ask.

Hey welcome man glad ya found your way here, as Overclocking guides go I am sure Vinster or CaNNon may be of great aid

Super cool Dual Vega 64 system you got there tho, when CrossFireX was a thing, miss those days. 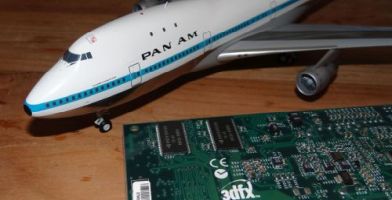 Nice rig, really like the colors... how you finding that M2 does for moving data?
I did a WD black M2 upgrade in my MSI stealth laptop freaking thing crushes the old Kingston sata nvme.
Kind of getting that gen4 itch already...

Welcome, put your feet up on desk and make yourself at home bro!
bench.jpg
Just don't knock anything off plz! I did turn a few lights on for you.
If you want to chat about that gremlin in the box I may be able to lend a hand.
You do not have the required permissions to view the files attached to this post.
Top

That is a clean rig and I dig the internal paint.

I'm running a similar system with an Ryzen 1700X/GTX1080Ti. I'll add up my rig in the next few days. it's not clean or pretty, but it works like a champ.

Though PCIe 4.0 NVMe drives drivers are not at all up to snuff right now... great on transfers, but bad on general usage... I'm hoping in the next 6-12 months the drivers and OS's are optimized to make proper use of those speeds...

Rig is awesome.
Loved by thousands, hated by millions.
Top

RDNA 2.0 is my bet, it will be taking on Ampere toe to toe, well as tom Explained here by Tom from Moore's Law is Dead:


TheXev & I have always used AMD based systems using AMD CPU's & GPU's, mainly due to having a much healthier price/performance ratio, most games don't even use Ray Tracing, left alone none of the ones I play use it.
And even for those that do, the performance impact loss is very high, just not worth it.
DLSS 2.0 did improve things a lot, but still I prefer the real deal and not have the need to emulate a fake resolution.

But hey Competition is back and that is most of all importance, as for Intel Xe Graphics cards, we'll have to see ya know, if they can also compete, that too would be great, since the more competition we have, the healthier and lower the prices will be.
Thus the more choice we will have in the long run as well.

Nothing will be like the 1990's though, when multiple choice was a thing, paying 350 USD for a high end VGA card, those days are long gone.
But yeah interesting times are coming indeed, and this is what the GPU market needs, it needs a healthier competition.

But with all that behind, I am very curious to your Ryzen 40000 with RDNA 2 ig Navi build TheXev, mainly the IPC gain the ZEN3 CPU & RDNA 2.0 GPU will give compared to ZEN2 & RDNA 1.0 you have now.
Also with Direct Compute workloads.

Just gotta play the market when ZEN3 EPIC Cpu's release the ZEN2 chips will get cheaper and that would be a nice time to make the move, for now my Dual G34 system is good for pretty much everything.